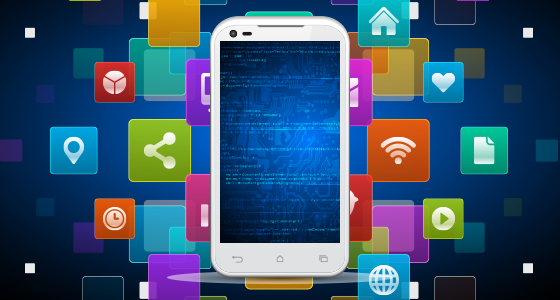 Why is Mobile-First Strategy a Must for Entertainment Brands?

A smart phone confines your whole world into 5 inches and delivers it right at your fingertips. Those little touch screens have managed to touch upon human life like nothing else has. Smartphones have evolved lightning quick from being mere communication devices to tiny all-purpose personal computers. It is a huge blunder if brands and marketing initiatives decide to oversee this fact.

Such a strategy has its principal focus set on the mobile sites. Developers create a mobile site first which becomes the basis for the desktop version. The mobile software development is done by the brands with more focus on its mobile editions.

WHY SHOULD ENTERTAINMENT BRANDS GO FOR A MOBILE FIRST STRATEGY?

a) Extent of its Reach

YouTube stars keep popping up from even the farthest geographical locations. Spread and shared through mobiles, their content gets a global reach. They are soon able to convert their YouTube channels into their own brands. The well-established entertainment brands surely have a lesson or two to learn from this.

b) Around the Clock Availability

The time users spend on desktops might be limited but that’s not the case with their mobiles. Phones are something a person never stays away from. It will be on them at all times accessible to them even when they are travelling.

Only a mobile focused entertainment brand can serve its users irrespective of the time, place and situation they are in. It doesn’t matter where the user is or what time it is.

The largest consumers of entertainment brands fall in the below 30s age slab. And the thing with this age group is that most of them rely on mobiles for the consumption of the same. Aiming to get the maximum out of their target audience, it becomes important for entertainment brands to fine-tune their mobile software development.

Music apps like Gaana and Hungama were designed as mobile-only apps targeted at the Indian youth. Their success also stands testimonial to the already established fact that brands that are mobile-focused do have a market here.

Mobile sites are usually designed as a mere modification to its desktop versions. It doesn’t work out well for the users as most of them complain about such sites being cluttered and confusing. Mobile first strategy resolves this with mobile friendly sites that provide its consumers with a better user experience.

Major movie production houses have made it a habit of launching mobile-only apps and games prior to their movie releases. Movies like Ra.One and Angry Birds Rio had benefited from this unique promotional technique.

That little thing in our pockets can easily transform into a newspaper, TV or a gaming device. It can do the job of all these mediums and become a common media platform for all sources and kinds of entertainment.

g) Creates a Direct Relationship with the Users

Unlike TVs and desktops, mobiles seem more personal to a user. Users more often than not feel the same personal connect with the brands they connect with via their phones. The mobile-first policy helps brands deepen the relationship with its consumers.

With the increased usage of phones for multi-purposes, it is important for entertainment brands to start making plans for a mobile first approach. It is a bus they would surely hate to miss as once you fall behind, catching up won’t be easy at all.

Six Benefits of Using Custom Software to Run Your Business

How Mobile Apps Are Adding Value For Your Customers?

A New Revolution in Education through Tablet Based Digital Learning Solution

New Era Innovations in the Digital Publishing for Magazines And Newspapers

Advantages of digitizing the newspaper archives for publications

Be Innovative At Publishing House With Digital Magazine Publishing

What Matters In New Era Is Digital Newspaper Software

Interesting stats for the online publishing

The business of digital magazine is successful